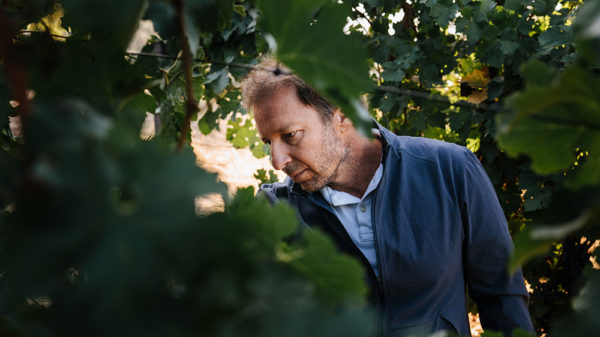 Lail Vineyards became Melka’s first custom-crush client, meaning he took the fruit under his wing and turned it into wine elsewhere, since the brand lacked a physical winery of its own. But Melka had an estate-winery client in those early days, too—the now iconic Seavey Vineyard—and to this day, the two wines are a study in contrast. Lail’s 2016 J. Daniel Cuvée Cabernet Sauvignon is full-bodied and rich, with fine-grained tannins (and a perfect 100 points from The Wine Advocate), while Seavey’s 2016 Cabernet is somewhat more austere, if powerful and complex, with tighter tannins that need a few years to unwind. Each is a product of owner preference and terroir—the French term for the unique character in a wine that comes from the given soil, climate and farming choices—over any hallmark of a consultant’s often homogeneous style.

There’s no “Melka style,” Melka says, no formula. “Every wine has a different voice, and each client is independent, even though they’re part of the Atelier family. Our goal is always to make a very specific wine reflecting the geology, topography and microclimate of each site…”

The consultant now has some 30 clients, all but six in Northern California. Both Lail and Seavey are still with him, and if you consider how green he was when he started, that’s saying something. During his initial harvest at Seavey Vineyard, in 1995, after Melka pressed the Chardonnay, the owner suggested he feed the residue skins and seeds, known as pomace, to the cows. When it came time to press the reds, Melka recalls, “without thinking, I did the same—gave the pomace to the cows.” The glitch: White grapes are pressed before fermentation and red ones after, so the pomace was full of alcohol. “They had the party of their lives. The day after, they were all of them on their backs, legs up. After a few hours of sweet dreams, though, they were able to stumble to their feet and zigzag around the fields.”

We use cookies on our website to give you the most relevant experience by remembering your preferences and repeat visits. By clicking “Accept”, you consent to the use of ALL the cookies.
Do not sell my personal information.
Cookie SettingsAccept
Manage consent

This website uses cookies to improve your experience while you navigate through the website. Out of these, the cookies that are categorized as necessary are stored on your browser as they are essential for the working of basic functionalities of the website. We also use third-party cookies that help us analyze and understand how you use this website. These cookies will be stored in your browser only with your consent. You also have the option to opt-out of these cookies. But opting out of some of these cookies may affect your browsing experience.
Necessary Always Enabled
Necessary cookies are absolutely essential for the website to function properly. These cookies ensure basic functionalities and security features of the website, anonymously.
Functional
Functional cookies help to perform certain functionalities like sharing the content of the website on social media platforms, collect feedbacks, and other third-party features.
Performance
Performance cookies are used to understand and analyze the key performance indexes of the website which helps in delivering a better user experience for the visitors.
Analytics
Analytical cookies are used to understand how visitors interact with the website. These cookies help provide information on metrics the number of visitors, bounce rate, traffic source, etc.
Advertisement
Advertisement cookies are used to provide visitors with relevant ads and marketing campaigns. These cookies track visitors across websites and collect information to provide customized ads.
Others
Other uncategorized cookies are those that are being analyzed and have not been classified into a category as yet.
SAVE & ACCEPT